A hen strikes back

Feathers! Everywhere! Our cute monster cat Charky lately started to exaggerate. Twice she caught and brought a bird. Into the house. Into the bathroom. She was wrapping them skillfully into the bath mat and “plays” with them all excited. What looks like a cozy bed was unfortunately a deadly trap… Did I mention: feathers everywhere?

Both times we grabbed her by the fury neck threw her roughly outside – and there was no third bird by now. Yeah! But last week I had to be shortly afraid: Oh no, she is going for the chicken now!! Does she want to bring now a bigger feathered friend to play inside?! I heard the chicken cackle loudly and jump in the bushes behind our house.

I knew Charky was involved. I walked out and wanted to save the hen and her chicks, but than I saw our little killer jump through the hedge and run fast under the house to hide. Haha, sometimes your prey strikes back! Chicken run? Yes, after Charky to scared her away! 😉

Quote of the day 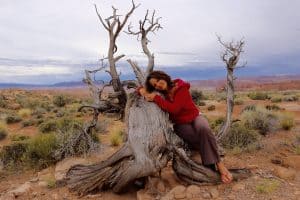 My English blog with Aloha stories 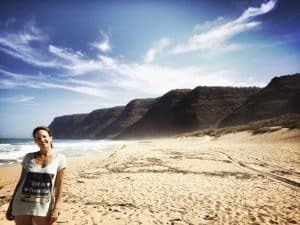